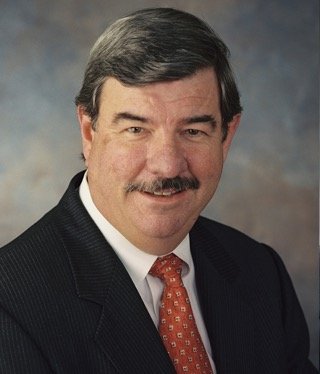 Tom Conner is recognized nationally and internationally as one of the top Family Lawyers in the United States. Tom is an elected Fellow in the American Academy of Matrimonial Lawyers and the International Academy of Matrimonial Lawyers. Board Certified in Family Law by The Texas Board of Legal Specialization for 30 years, he is A-V Rated, the highest award, given by the national lawyer rating service of Martindale-Hubbell.

Tom graduated from the University of Texas with a Bachelor’s Degree in Business Administration. The value of a business degree is immeasurable in the practice of Family Law, where an understanding of financial documents and valuations of accounts, businesses and property is critical. While at the University, Tom was active in numerous campus and civic activities and served as President of his fraternity.

Tom attended law school at the University of Houston, graduating in the top 25% of his class. While there, he was honored with election to the Order of the Barons for his academic work and was inducted into the Phi Delta Phi legal fraternity in recognition of his academic performance in law school.

He has spoken at numerous Continuing Legal Education courses on behalf of the State Bar of Texas, University of Houston, and South Texas College of Law. His legal writings have appeared in the Texas Bar Journal and The Houston Lawyer.

Presently, he serves as Master Emeritus in the Family Law Division of the American Inns of Court, mentoring less-experienced lawyers in the field of Family Law.

An active member of the State Bar of Texas, he was elected a Director of the State Bar of Texas, the governing body for the lawyers of Texas. While serving his three-year term, he chaired the Committee to Nominate the State Bar President. In other service to the Bar, he served six years on a Grievance Committee, the Executive Director Search Committee, the Family Law Advisory Council to the Texas Board of Legal Specialization, and numerous other Bar Committees. He was also honored by his peers when he was elected President of the Houston Trial Lawyers Association.

Service to the Community:

Tom Conner believes it is imperative to give back to the community. He serves as a Trustee of TIRR (The Institute for Rehabilitation and Research) Foundation. He is a member of St. John the Divine Episcopal Church, where he has served on the Associate Vestry and as Chairman of Sunday Schools. Additionally, he has served as Chairman of Cub Scout Pack 55. He is also active in the Houston Livestock Show and Rodeo, where he currently serves as a Director. He is a Past Chairman of the Legal Advisory Committee and a member of the International Committee.

A: Traditionally, divorce was granted only in cases of marital misconduct such as adultery or physical abuse. In these cases, the “guilty” spouse was punished by getting a smaller share of the couple’s property, being denied custody of their children or both. In a no fault divorce, however, both parties agree that there is no “fault” involved in the grounds for divorce. In Texas, married couples can get no fault divorces if the marriage has become “insupportable” because ...

A: Under the common law marriage doctrine, you are considered legally married, despite not having a marriage license, a ceremony or a marriage certificate, if you meet specific requirements listed in the statutes of the jurisdiction where you live. The benefits of common law marriage include the right to inherit upon the death of a spouse and the right to spousal support and an equitable division of property should the marriage terminate.

learn more
Q: What is a legal divorce?

A: A divorce is a method of terminating a marriage contract between two individuals. From a legal standpoint, divorce will give each party the legal right to marry someone else, to divide and share marital assets and debts and to determine matters related to the care and custody of their children. In Texas, divorces are either fault-based or no fault.

learn more
Q: What Rights do Children Have?

A: Children have most, but not all, of the same rights as adults. Rights that are often at issue are the rights of minors in delinquency proceedings, due process rights in schools and privacy rights. A minor child is more vulnerable than an adult, and it is important that children have rights to protect them. In order to have protections and safeguards, it is necessary to limit some rights that adults may have in the same or similar situations.

learn more
Q: What is a fault-based divorce?

A: A “fault” divorce is a divorce in which one party blames the other for the failure of the marriage by citing a legal wrong. In Texas, the grounds for divorce include adultery, abandonment, confinement for incurable insanity for three years, felony conviction and imprisonment for over one year, or cruel and inhuman treatment. The spouse against whom the divorce is sought can use as a defense that the divorcing spouse condoned the behavior, but the court will ...