Advice On Protecting College Funds During A Divorce 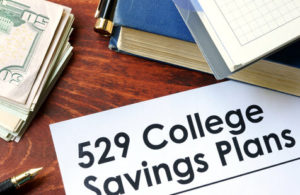 When divorce occurs in the state of Texas and a couple has children, many parents have a strong desire to make sure that the children do not suffer adversely in any way from the divorce. Many parents particularly worry that divorce will negatively affect the future of any children particularly when it comes to college. Fortunately, being informed is one of the best methods that parents can take to make sure that a child’s college funds are not adversely impacted by a divorce. One of the primary ways to plan for children’s college during a divorce in the Houston area is to retain the services of an experienced Houston divorce lawyer.

Some couples divorce under the belief that all potential decisions are discussed, but fail to decide how college tuition will be handled. While parents might need to modify the terms of a divorce decree as children get older to reflect any changes in education plans, it is often an extremely wise idea that divorcing couples make sure to include information about divorce in the initial divorce decree. To prevent uncertainty at a later date, couples should make sure to include information about college education and tuition for children in divorce decrees to at the very least establish a starting point for children.

Make Determinations About A 529 Plan

A 529 plan is a tax-advantaged savings plan sponsored by one of a variety of entities that allows individuals to save for future college costs. For divorcing spouses who already have a 529 plan, the couple should determine how the 529 plan will be treated after the divorce. Some potential options for 529 plans include freezing the account to prevent withdrawals or splitting the plan in half which allows each spouse to contribute their half to college costs. If divorcing spouses fail to determine how ownership of the 529 plan will be divided, a risk is created that only one parent will be the owner and controller of decisions regarding the account while the other will be left without much control.

There are two particular ways after a divorce that parents can acknowledge a bond with a child legally: tax credits and custody. The parent who claims a tax credit will subsequently be able to receive a tax deduction. Divorcing spouses will need to determine which parent can claim a child as a tax credit during the time that the child is a full time student. Custody is also an important matter and is specifically addressed during many divorce settlements. Parents, however, much appreciate that determinations of child custody will influence a child’s financial situation when the child reaches college.

There are many issues raised by a couple’s decision to get divorced including the payment of college tuition for any of the couple’s children. To make sure that this issue resolves peacefully and on good terms for all involved parties, it often proves essential for clients to obtain the services of a knowledgeable Houston divorce lawyer. Consider contacting a lawyer at Lindamood & Robinson, P.C. to assist with whatever issues might be part of your divorce.