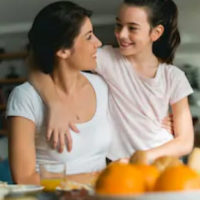 Texas law favors awarding joint custody whenever possible. Generally, this means that the custodial parent will have the child most of the time, while the non-custodial parent will have the child on first, third, and fifth weekends with an agreed upon holiday and summer schedule. You may also work out your own custody schedule and submit it for the judge’s approval, which will typically be granted if both parties have agreed and the agreement seems to benefit the child.

Whether or not the court awards joint custody, the appointment of the custodial parent will be based on what is in the best interest of the child. In making that determination, the judge will consider:

(4) the parental abilities of the individuals seeking custody,

(5) the programs available to assist these individuals to promote the best interest of the child,

(6) the plans for the child by these individuals or by the agency seeking custody,

(7) the stability of the home or proposed placement,

(8) the acts or omissions of the parent which may indicate that the existing parent-child relationship is not proper, and

(9) any excuse for the acts or omissions of the parent.

In some cases, the judge will also consider the child’s preference. This is dependent on the situation as well as the child’s age. The judge may also weigh any other factors relevant to the case, since each family situation is different.

Some people erroneously believe that a child’s preference determines which parent they will live with. Texas law does not state that the child can choose which parent to live with. However, it does allow the judge to ask the child about his or her preference. This interview is conducted in the judge’s chambers, which helps to prevent the child from being influenced by the presence of his or her parents. Although not in the presence of the court, the interview is typically recorded and does become part of the court record.

In order to get your child’s preference heard, you must first submit a request for your judge to meet with the child. If the child is age twelve or older, then the judge is required to meet with the child. Children under age twelve for whom an interview is requested are not guaranteed that time with the judge to express his or her preference. Meeting with children under age twelve is left up to the judge’s discretion, due in part to the limited understanding young children may have of the situation.

As you work through your custody arrangement, you will want an experienced Houston family attorney at your side who genuinely cares for you and your family. The attorneys at Lindamood & Robinson, P.C. can help to make sure that your child is heard and that the custody arrangement reached is equitable. Contact us today to schedule a consultation.