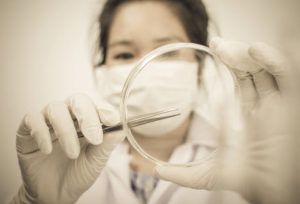 For many couples in a variety of situations, assisted reproductive technology has served as a viable method for having children over the last few decades. In vitro fertilization is one of the most common methods of assisted reproductive technology. In vitro fertilization involves a series of procedures in which mature eggs are collected from a female’s ovaries and fertilized by sperm in a laboratory. In many situations, cryopreservation (in which samples are frozen in order to be used at a later date) is used. Sometimes, however, a couple divorces before this frozen sample is used and courts in Texas have begun to answer the question of which party should receive the frozen embryos in the case of a divorce.

Texas law regarding frozen embryos utilizes a contract law approach in determining the ownership of embryos that were frozen prior to the couple’s divorce. Couples who decide to freeze embryos must sign a contract outlining ownership of the embryos in the event of divorce at either the fertility clinic or in the presence of lawyer.

It is unknown but possible that at some point the Supreme Court will hear a case regarding frozen embryos.

Advice For Couples Who Decide To Create Frozen Embryos

There are some essential pieces of information that individuals who decide to create frozen embryos should use to minimize the potential for arguments about ownership, which include the following:

How A Texas Family Law Lawyer Can Help

When couples decide to freeze embryos, it is important to determine how ownership of the frozen embryos will be decided in the event that the relationship ends. A Houston family law lawyer at Lindamood & Robinson, P.C. can prove essential in helping to protect a client’s interest.