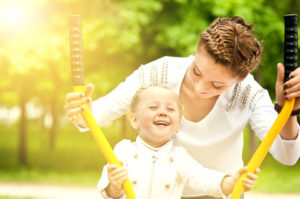 Several decades ago, courts of law who heard divorce cases automatically assigned primary custody of the child or children in question to the mother while fathers were given visitation rights. An increasing number of courts today, however, recognize the importance that both parents play in a child’s development and have changed child custody law to encourage “shared” parenting arrangements so that children can spend significant time with both parents.

It is estimated that twenty states are in the process of considering custody reform legislation including South Dakota, Missouri, Alabama, Minnesota, and Utah. In 2012, the state of Arizona passed child custody laws ordering judges to maximize the time that children spend with each parent in accordance with the child’s best interests. Arizona’s law instructs courts to maximize the time a child with both parents in accordance with the child’s best interest. Missouri also recently enacted a similar law regarding shared parenting. Some of these reforms, like a recent bill in Utah, specify ratios for establishing what amount of time a child should spend with parents.

As an increasing number of courts are awarding both joint legal custody and physical custody to parents, there are also a rising number of proponents who support such an arrangement. Individuals who support shared parenting claim that children who have exposure to both parents tend to enjoy a greater sense of well-being when allowed to spend equal time with the child’s parents. Awarding primary physical custody also tends to result in situations where a child is alienated from one parent. Shared custody offers several specific advantages including:

Unfortunately, there are several detractors of shared custody arrangements. Despite the recent trend promoting shared custody, the state of Texas has yet to pass a similar law. There are still many judges in the state of Texas who believe that children benefit from spending a significant amount of time with only one parent. Even many parents do not realize the benefit of shared custody arrangements until the parents have first hand exposure to such an existence. Some of the reasons why parties argue against shared custody is that the lack of stability can bother young children, some formerly married couples are unable to interact without fighting, and in some situations shared custody might enable some parents to avoid responsibility.

The Lack Of Share Child Custody Laws In Texas

As a result of some standards that still favor sole custody, fathers in Texas frequently face difficulty when dealing with custody issues regarding children. As a result, for parents in the state of Texas who would like to use “shared” custody laws, it is necessary to retain skilled legal representation like the legal counsel at Lindamood & Robinson, P.C. to obtain a shared custody arrangement.