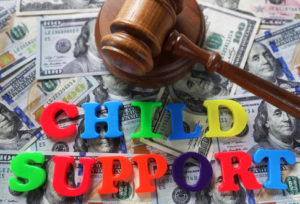 Clients frequently benefit from making sure that child support is court-ordered rather than  informal agreement between former spouses. There are two reasons that such a formality is advantageous: these documents are able to maintain consistency over the years during which child support is required; and legal documentation also serves helpful in the event of nonpayment because a court can then require the non-supporting parent’s wages be garnished, the spouse’s driver’s license be suspended, or that the spouse be penalized in several other ways for failure to pay child support.

Various penalties that may be assigned in the state of Texas to individuals who fail to pay child support include the following:

Emotions and financial stress can run particularly high when one spouse decides to stop paying child support. An experienced Houston family law lawyer at Lindamood & Robinson, P.C. can help clients navigate the obstacles that might arise when a spouse stops paying support.