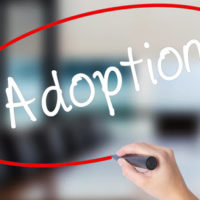 There are two distinct processes that apply to children who are adopted by U.S. citizens who adopt a child or children. These processes include the following:

The Difference Between International And Domestic Adoption

When an international adoption is performed, an adoptive couple must comply with numerous rules and regulations of which complete compliance is required for the adoption to be valid. Once Texas adoption requirements are met, adoptive parents must then obtain an immigrant visa for the adopted child. When the child enters the United States, the child will then be granted citizenship. Also, once an adoption order is registered and the Texas court approves, the state of Texas registrar will issue a birth certificate for the child.

If you are involved in an international adoption, it is an extremely wise idea to retain the services of a knowledgeable adoption lawyer who has helped clients in similar situations. Consult with a top Houston family law lawyer at Lindamood & Robinson, P.C. today.