The Effect Of Drug And Alcohol Use On Custody Determinations 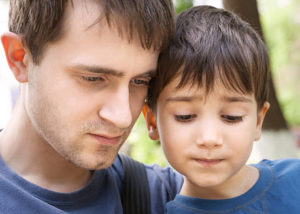 Actors Brad Pitt and actress Angelina Jolie have reached a temporary conclusion over custody of the couple’s children. The couple appears to have agreed to a deal proposed by the Los Angeles County Department of Children and Family Services. Both Jolie and Pitt have agreed to go through individual counseling sessions. Pitt has also agreed to undergo drug and alcohol testing. Various reports claim that the divorce was fueled by Pitt’s use of alcohol and drugs. In light of this situation, it is particularly important for divorcing parents to understand the effect that drug and alcohol use have on custody determinations.

How Tests Are Conducted

If a court is concerned about the best interest of a child or children in a case or if there have been problems with domestic violence that have been fueled by drugs or alcohol, a court is likely to request that an individual be tested for drugs or alcohol. Drug testing can have a significant influence on the outcome of a custody case. In the state of Texas, a sudden order by a court for a parent to submit to a drug test is legal. If the order requires a parent to submit to a test immediately, a court will often be prepared to administer the test before the parent is able to leave the courthouse building.

Types Of Tests That Are Administered

There are three types of tests that are used in the state of Texas to detect the presence of alcohol and drugs in an individual’s system. Each of these tests has various strengths and weaknesses:

The Effect of Failing A Test

If a parent fails a drug or alcohol test, a court usually removes custody or visitation rights from that individual on a temporary or permanent basis. A court might respond by ordering supervised visits, in which the parent can only spend time with the child or children if another adult is present.

If you are involved in a custody case that has the potential to involve drug testing, it is a wise idea to retain the services of experienced legal counsel like a Houston lawyer at Lindamood & Robinson, P.C. who has significant experience helping individuals prepare and successfully handle these types of events. We are prepared to help you today.