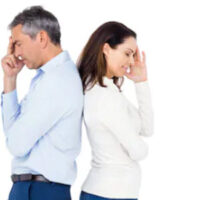 Like all other states, the Lone Star State is a no-fault divorce jurisdiction. Most marriage dissolutions are based on insupportability. No-fault divorce has a number of benefits for both petitioners and respondents. Spouses do not need to air their “dirty laundry” for everyone to see. Additionally, no-fault divorce shifts focus away from the spouses and onto the children and the more substantive issues in the case.

However, a no-fault divorce is not always best. Some spouses want or need a judicial declaration that the other spouse was at fault. In extreme situations, the sixty-day waiting period in a no-fault divorce might be a problem as well. And, Texas is one of the few states where fault in the breakup of the marriage is relevant in the property division portion.

Therefore, a Houston family law attorney should at least give petitioners the option of pursuing a fault-based divorce. Moreover, an attorney should be ready to respond to some common divorce fault allegations.

In recent years, some spouses have tried to expand the definition of “adultery” to include things like online pornography addictions and frequent use of dating sites. But these efforts have been mostly unsuccessful.

Instead, most Harris County judges adhere to the traditional definition of adultery, which is “the voluntary sexual intercourse of a married person with one not the husband or wife of the offender.” Circumstantial evidence is admissible on this point, and the burden of proof is only a preponderance of the proof (more likely than not). If people meet in an intimate setting, the meeting alone could establish adultery by a preponderance of the evidence.

Condonation is a defense to adultery and some other fault-based divorces. Essentially, what’s good for the goose is good for the gander. In this context, if Wife had an affair and Husband agreed to forgive her and resume the marriage, Husband could not later get a divorce based on Wife’s adultery.

Before the advent of no-fault divorce in the 1970s, nearly all Texas divorces were based on cruel treatment. That was also the case in New York, which did not legalize no-fault divorce until 2010.

The condonation defense could make cruelty divorces rather nasty. If two people spend more than about five minutes together, they have both probably been guilty of cruelty, at least to some degree.

This ground for divorce often is a factor in absentee spouse divorces. Occasionally, a couple marries on a whim, and a few days later, one spouse leaves. Such a marriage probably does not qualify for an annulment. It might not qualify for an insupportability divorce either. However, if the spouse expressed an intent not to return and remained away for at least a year, the judge would almost certainly grant an abandonment divorce.

In some cases, if the spouses temporarily reconciled, that reconciliation could reset the clock. However, most judges would not hit the reset button if the couple only spent a few nights together and the runaway spouse never expressed an intent to return.

Work with an Experienced Lawyer

In some cases, evidence-based divorce is a better approach than a no-fault divorce. For a confidential consultation with an experienced Houston family attorney, contact Lindamood & Robinson, P.C., Attorneys at Law. We routinely handle matters in Galveston County and nearby jurisdictions.