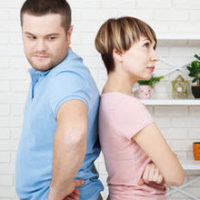 In Texas, a common law marriage is established when two people have the capacity to enter into marriage and do the following:

Challenging the Validity of Your Common Law Marriage

People challenge the validity of a common law marriage primarily to avoid a court applying community property rules over your assets and property. If you can prove that the common law marriage did not actually exist or was invalid, your so-called spouse will be unable to claim a right to your property.

If you are looking to challenge the validity of your common law marriage, there needs to be evidence showing that one or more of the above-described statutory requirements was not met. This will typically require that you take the case to trial and have a judge or jury decide.

If, on the other hand, you are looking for a way to substantiate your common law marriage, a great option is to complete and sign a Declaration of Informal Marriage. This form is accessible at your local county clerk’s office. This Declaration has the same force and legal implications as a marriage license. It can prove to be invaluable if your spouse is trying to claim that your marriage was invalid or void. Courts must respect a properly signed and submitted Declaration of Informal Marriage.

Divorce Process with Common Law Married Couple Not Much Different Than a Traditional, Formal Divorce