Moving Out of The Marital Home In Houston 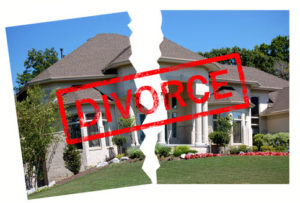 Many couples who are in the process of divorce quickly find that continuing to live together is too large an obstacle to overcome. In many situations, the situation at home becomes very dramatic and only serves to escalate tension surrounding the divorce process. There are some very real dangers, however, that can be created by an individual’s decision to leave the house. As a result of these potential negatives, during a divorce in Houston, separating spouses are often unsure whether or not to leave the marital home. Couples also sometime seek the help of a seasoned divorce lawyer when debating whether or not to leave the marital home. It is important for an individual to understand some of the elements that might determine whether or not one spouse should leave their house during a Houston divorce.

The Impact On Custody Determinations

One of the largest ways that deciding to leave the marital home can impact a marriage is that this decision can greatly influence custody determinations. Individuals should make sure to decide how parental rights regarding children will be handled prior to leaving the house. A new residence should also be appropriate for the individual’s children, including having ample room and not being too far away from the other parent’s residence.

Potential Claims Of Desertion Or Abandonment In Houston

In an at fault divorce, one spouse may argue that the other spouse did something that caused the marriage to fail. The state of Texas recognizes “willful desertion and abandonment” as a ground on which a fault divorce may be based. To demonstrate that willful desertion or abandonment occurred, an individual must demonstrate that the deserting spouse intended to end the marriage, the deserted spouse did nothing to justify the desertion, and the desertion was against the wishes of the deserted spouse. As a result of the potential for a claim of desertion, a departing spouse must determine whether their agrees with the decision to leave. If the other spouse does not agree with the decision to leave and one party decides to leave anyways, then the departing spouse is likely creating grounds for a fault divorce. If the other spouse agrees with the departure, however, then a desertion claim will likely not succeed.

Prices Involved With Moving Out Of The Marital Home

There are some basic steps that individuals who decide to move out of the marital home often benefit by following, which include:

If you are debating whether or not to leave the marital home, it often proves beneficial to consult with a seasoned divorce lawyer. Contact Lindamood & Robinson, P.C. in Houston today for a free consultation.